It’s a sense of calm, a defensive apathy, a need to conserve. There’s a storm coming, and the only way to prepare for it is to show up ready to ride the waves.

Game 7 of the NBA Finals is tonight. I’m sitting shotgun in the company Subaru, trekking back from a weekend on the river where nary a 3G signal nor mention of non-water sports reminded me of the stressfully historic night coming on the other side of the trip. Out of sight, mostly out of mind. Distraction is my favorite defensive tactic.
Barring any unforeseen setbacks, we’ll roll back into Bend with just enough time for me to wash the layers of campground off me, go for my ritual pre-game run, and grab my Mark Price jersey before parking in my usual seat in front of the big tv at my local bar. The one I’ve made my Cavs home away from home the last two seasons, and the only place outside of Cleveland that can stand in as my displaced fan family.
We’re somewhere west of Boise and I feel a wave of emotion threatening to wash over at the mere mention of the game, my neurons or synapses or whatever already firing alarms at the prospect of extreme joy or sadness. Fight or flight, but there’s no where to go and no reason to fight. I swallow the lump in my throat, let the anxiety melt away like they try to teach in yoga. There’s no need for it now. I want to feel it all in its fullest when the game clock hits :00.
Tsunami-level feelings.
This is the biggest night of my Cleveland fan-life. If that sounds ridiculous to you, that’s fine. Maybe you weren’t raised on religious football Sundays, summers listening to baseball on the radio, or big wins supplying the only light that got you through dark, miserable winters. Maybe you never hung a poster of your favorite player on your wall or doodled your team’s logo on your binders in school. Maybe you never begged Santa for a Starter jacket.
Maybe you grew up in a place where there was more to life than sports.
I didn’t. 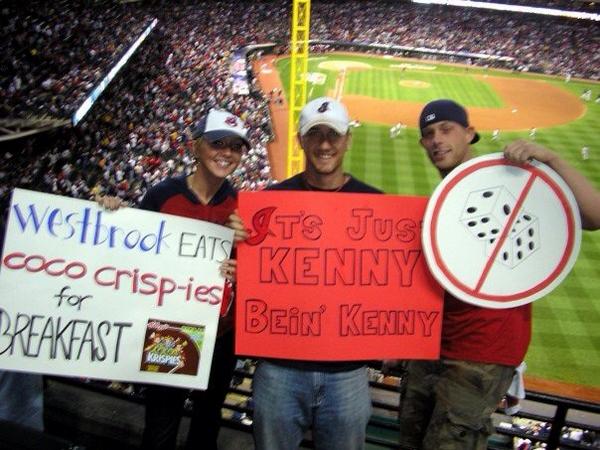 I remember watching the Price/Daugherty/Williams/Ehlo/Nance Cavs but was too young to understand Jordan and the Bulls’ annual playoff terrorizing. I watched the ’95 World Series as a nine year old just learning the game, not comprehending the greatness of the situation through anything other than my parents’ reactions. Similarly, I learned about evil and hatred based on their words about Art Modell taking the Browns away from us that year. In ’97 I watched with more knowledge as the Indians come an out away from a title, but lacked the appreciation for the road Cleveland had endured to get to this place of championship contending teams. They hadn’t seen a World Series in four decades, I’d seen two in my first eleven years alive. I celebrated when we drafted that kid from Akron who everyone believed would finally pull us out of our drought. I was at the last game they won in 2007’s ALCS, and pieced together enough broke-college-kid money to pre-buy a World Series ticket, thinking there was no way they wouldn’t close out their 3-1 lead over Boston. I watched as Lebron’s Cavs got swept by the Spurs in the Finals in ‘07, then come up short in the playoffs the next three seasons. I held my breath with the rest of Cleveland for weeks after Lebron ripped his jersey off in the tunnel after that eliminating game against the Celtics, and entered free agency. And then I cursed his name with them as he publicly broke up with us on national television for Miami. I once again pre-bought an Indians playoff ticket in 2013 when they played in the first ever wildcard game, and slowly closed my computer with the flight details page still open, cursor hovering over “purchase” as they dropped that game in the final inning to the Rays.
It’s been rough and at times masochistic, but it’s nothing compared to the heartache my parents’ generation has endured. I didn’t see Red Right 88, The Fumble, or The Drive. Too young to feel The Shot and The Move, not jaded enough to disbelieve “maybe next year!” during those Indians runs. I didn’t live those chapters, was just raised on their history.
Plus, I did get to see the Browns and Lebron come back, so all hasn’t been awful.
(Lebron’s return to Cleveland deserves a post of its own, but the synopsis is: It’s complicated [but here we are in our second NBA Finals in two years]) 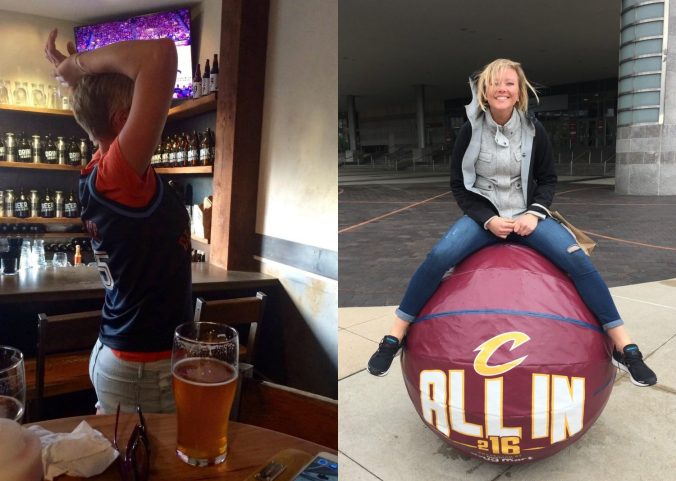 Following last year’s Finals let down and the never-ending nauseating narrative (biased, yes) about the Warrior’s magical season, I want more than ever to see Coach Lue and the guys raise that trophy tonight. This team is FUN to watch, on and off the court, and they’ve hit their stride at just the right time. This feels as close as we’ve ever been.
I’m really trying not to get my hopes up too high.
Tonight’s game carries the most emotional weight I’ve felt as a fan. Hell, it’s pretty high up there just in life in general. I’m stressed and nervous, anxious for the flood of feelings that are waiting for me a few hours away. There’s not a chance in hell I won’t cry at least a couple times, for better or worse. I’ll try to rein the tears in for sake of being around a bunch of Oregonians who likely care less than a shit about the game, but I have a feeling it’ll be close to impossible. The lack of knowing camaraderie will probably just make it worse. I’ll say “I wish I was there!” too many times to count and I’ll groan when they flash to the watch party at the Q, the ruckus streets downtown, and bars packed full of rowdy Clevelanders. There will be a small pocket of emptiness in either the celebrating or mourning for not being with my people, but tonight will still be either the happiest or the saddest I’ve ever felt as a Cleveland fan.
Masochistically looking forward to it.

3 thoughts on “To My Fellow Cleveland Fans on Game 7” 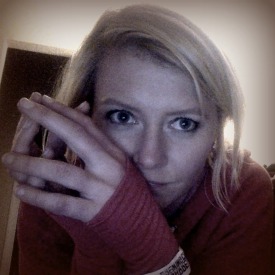 Now that this isn't a running blog, "Once Upon a Lime" seems a more fitting title. Please be warned many of the stories shared here are based on true events likely under the influence of alcohol. (that's where the lime comes in) 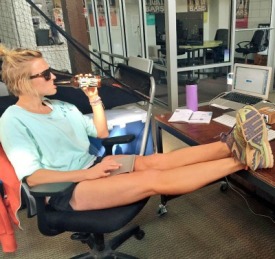 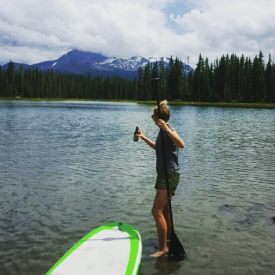